Chaise Tout Bois is the only chair by the French 'constructeur' and designer Jean Prouvé that is made entirely out of wood. The design is very similar to Prouvé's famous Standard chair, but wood was substituted for the metal base due to the scarcity of metal during the Second World War. The form of the Chaise Tout Bois articulates Prouvé's intention to provide added strength at the transition point between the seat and backrest, where the load weight of the human anatomy is greatest. The profile of the rear frame section – back legs and backrest support – makes reference to this load transfer and is a typical characteristic of Prouvé's designs for both furniture and architecture.

Prouvé created several prototypes of this chair during the war for the purpose of testing its structural strength as well as the joints, leg position, and connection between the seat and back. The chosen type of wood depended on what was available at the time. After the war, there was once again a sufficient supply of oak, which due to its hardness and strength was commonly used in France to construct ships and cathedral roofs. As these properties are also ideal for an all-wood chair, the Chaise Tout Bois was ultimately made out of oak and plywood – also offered in dark-stained versions when requested by Jean Prouvé's customers.

In 1947, Prouvé won an award for the Chaise Tout Bois in the 'Meubles de France' competition. The concept of the competition was to find attractive, high-quality, mass-produced furnishings to meet the post-war needs of society – particularly refugees and young married couples. Later the Chaise Tout Bois was replaced by a knock-down version in metal and wood, which was then supplanted by the Standard chair.

Chaise Tout Bois by Vitra corresponds to one of Jean Prouvé's design variants from 1941, whose construction does not require a single screw. The height and seat geometry are the same as those of the Standard chair and thus meet current norms and requirements. The warm look and feel of wood contrast appealingly with the practical structural design, which is typical of Prouvé's functional approach. Chaise Tout Bois is available in light oak or dark-stained oak. 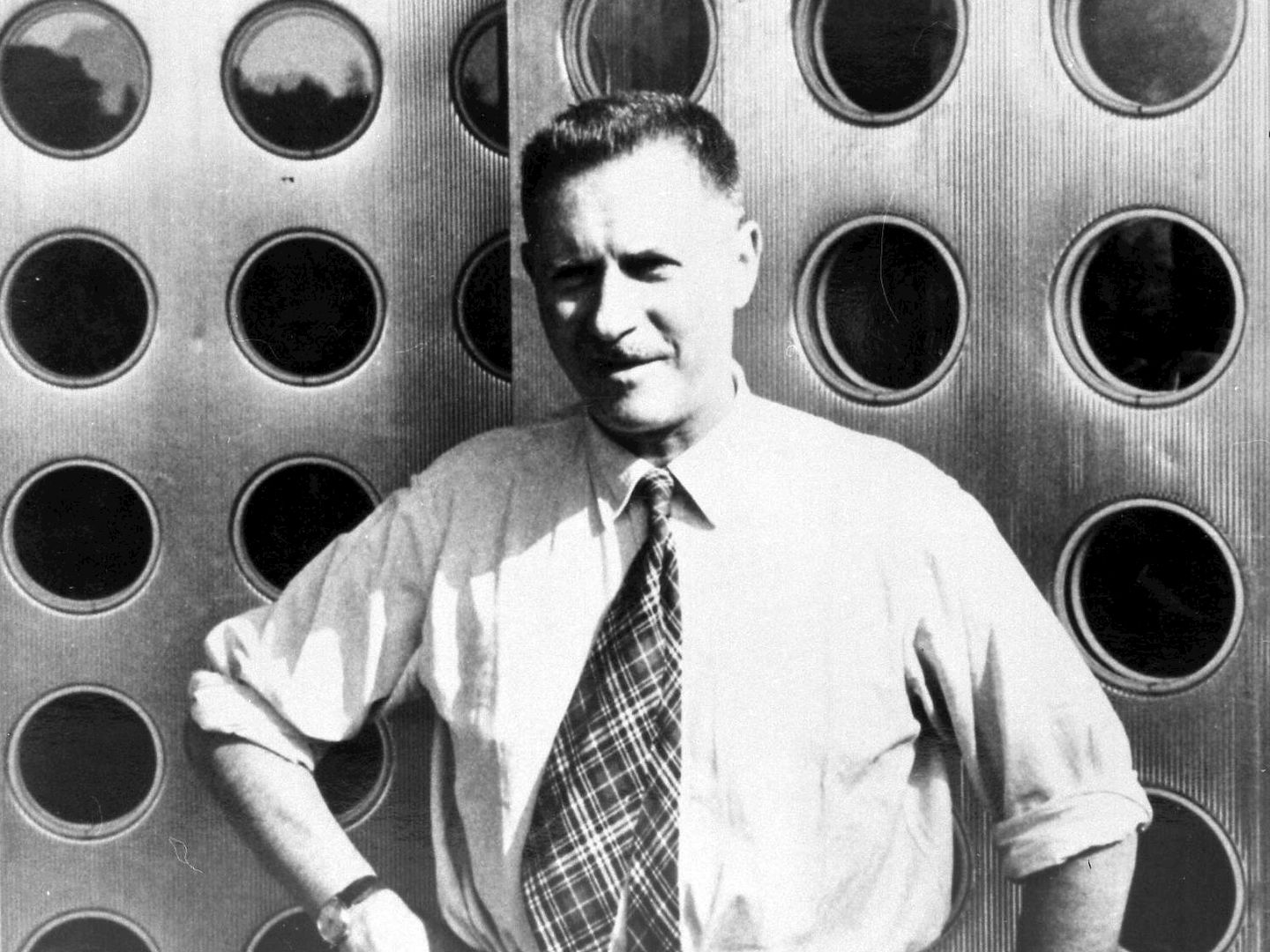 Jean Prouvé completed his training as a metal artisan before opening his own workshop in Nancy, France in 1924. In the following years, he created numerous furniture designs, and in 1947 Prouvé established his own factory. Due to disagreements with the majority shareholders, he left the company in 1953. During the ensuing decades, Prouvé served as a consulting engineer on a number of important architectural projects in Paris.

He left his mark on architectural history again in 1971, when he played a major role in selecting the design of Renzo Piano and Richard Rogers for the Centre Pompidou as chairman of the competition jury. Prouvé's work encompasses a wide range of objects, from a letter opener to door and window fittings, from lighting and furniture to façade elements and prefabricated houses, from modular building systems to large exhibition structures – essentially, almost anything that is suited to industrial production methods. 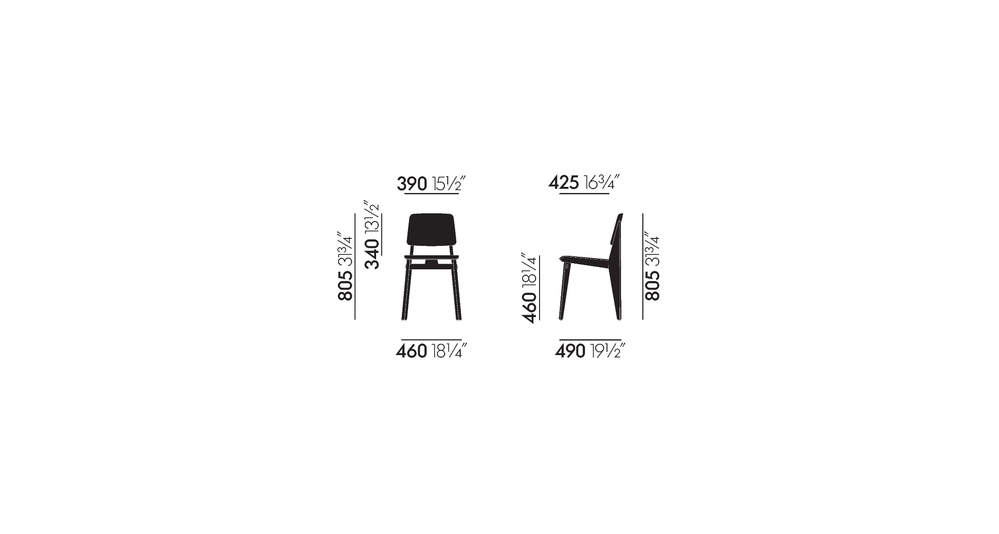 Non-stackable solid wood base; the same type of wood as backrest and seat in natural or dark-stained oak, protective natural lacquer finish.